Popularity
Sort by:
Others Laúd 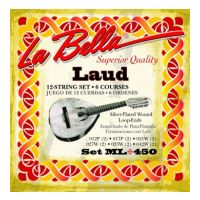 The laud is a tenor-pitched member of the Spanish cittern family and is tuned one octave lower than the Bandurria. It is a large flat-backed pear-shaped instrument with origins tracing back to the 12th century when the Arabic influence left its musical mark on the Iberian Peninsula. Tunin...

The following item(s) have been added to your cart: